Pros and Cons of Solar Film

Solar window film is an adhesive film applied to the exterior of glass windows in an attempt to upgrade a building’s energy performance by controlling the amount of solar energy from the sun from entering the building. While solar film has the benefits of being affordable and quick to install, the very nature of how the film interacts with the mechanics of solar energy does come with potential unexpected drawbacks. 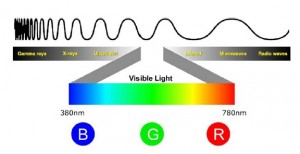 While the Earth’s atmosphere filters the high end x-rays, gamma rays, and most ultraviolet (UV) rays, visible, infrared, and radio waves are the solar energy which hits us. Out of the solar energy Earth experiences, roughly half is visible light and the other half is infrared. 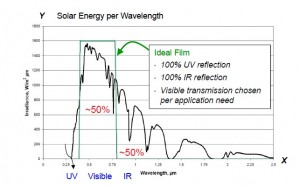 Glass is able to offer a more proportional way of controlling solar energy and improving a building’s energy performance. Thermolite’s patented interior window system utilizes two panes of glass blinds installed on the inside of existing windows – in the same affordable and quick way that solar window film is installed. The key difference: with glass blinds, the infrared energy is absorbed in between the two panes and glass rather than in the room cavity itself. This prevents the solar heat gain found with window film – in fact, Thermolite’s glass technology has been found to lower solar heat gain coefficient to zero. This benefit is also a result of our glass’s low-e coating, which reflects more infrared light than visible.

Learn more about how Thermolite’s window systems can help you improve the comfort level and overall energy performance in a cost-effective manner – contact us today.

The Thermolite engineering staff is an innovative structural, energy modelling, and implementation team that works to create unique window systems alternatives to traditional replacement windows. Our systems protect against blasts, hurricanes, and sound, while being energy efficient and quick and easy to install. We serve a wide range of industry buildings including government, military, historical, schools and universities, financial, health care, hospitality, and offices. Contact us today to learn how we could update your building’s window systems.